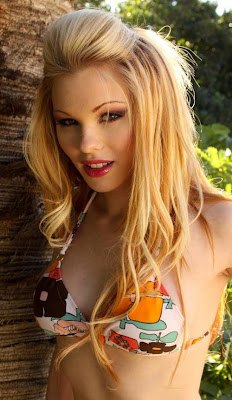 “Pajamaband is about fun,” said Langford. “We’re some rock chicks having a good time playing some rock music. We always put on a great show and invite everyone to come out and see us at Club Squeeze. You are going to have our songs stuck in your head.”

Club Squeeze is located at 4093 Lankershim Boulevard in North Hollywood. Pajamaband takes the stage at 10pm, the door cover is $7 at this 21 and over event. To sample some of the Pajamaband tracks, visit the official Myspace profile, http://www.myspace.com/PajamabandMusic, which include songs like Sugar Daddy and Fuck You Until I Die.

"We are excited and pleased to be representing Jayme,” said Chris L. of Big Love. “She has the universal look that evokes sensuality and sexuality, a model who can go from glamorous to cutting edge. The perfect star that Big Love looks to represent."

Pajamaband and Jayme Langford are tearing up the Hollywood rock scene and quickly becoming THE band to check out! This Saturday night, experience the hottest rockers on the L.A. scene at Club Squeeze!