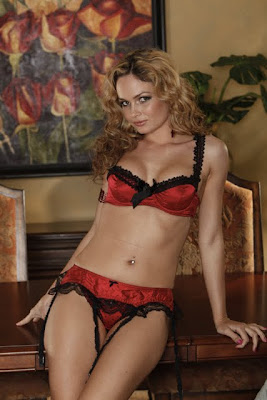 
Exclusive Girlfriends Films contract star Prinzzess makes her first appearance at Diamond Club Cabaret in Myrtle Beach, South Carolina. The celebrated adult performer will dance a total of fifteen shows at the club from May 17 through May 22, starting at 9:30pm each night. A sexy star of Prinzzess’ caliber requires six full nights to completely satisfy her large fan base. Having Prinzzess headline solidifies Diamond Club Cabaret’s status as one of the hottest new adult clubs in the country. Diamond general manager James Ross says, “We’re excited to feature Prinzzess at Diamond. Adult stars always bring great crowds, and word is that Prizzess is an amazing performer. The club will definitely be busy.”


For information about Prinzzess’ appearance at Diamond Club Cabaret, call (843) 839-9519, or visit http://www.theDiamondClubCabaret.com


Eager to debut at Diamond, Prinzzess says, “I’m ready to get wild in Myrtle Beach! Being from South Florida, I feel like I know what to expect from the crowds at Diamond—plenty of Southern charm and crazy, fun times. I hope I can provide some hot, memorable nights for all those who come out to see me acting naughty.”

The angelic Prinzzess was raised in South Florida, but grew up in an Amish Community on a farm in Belize where her parents were missionaries. She’s part Cherokee and Seminole Indian, with some Honduran and Hungarian blood. Slim and sexy, Prinzzess is blessed with the ageless body of an 18-year-old. Prinzzess got her start in the entertainment industry by posting some mainstream photos on a popular modeling job site. Needless to say, the offers came rolling in for various modeling jobs, but she felt most comfortable posing nude. Making the step to Girlfriends Films contract star was an easy transition for her—one launching her into the elite ranks of the adult industry. To see more of Prinzzess, visit www.Prinzzess.com,