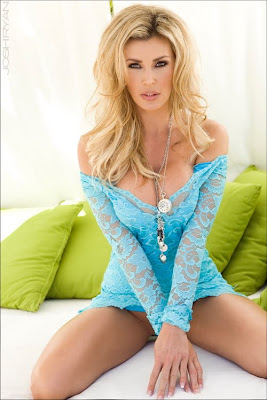 In January 2009, Tanya Tate (http://www.tanyatate.com/) launched her adult entertainment career and since then the Liverpool born babe has been on a meteoric rise to stardom. The 5’6 blonde bombshell consistently delivers energetic sex scenes and gives her best in her every performance. Tanya has already established herself in the U.K.; filming hardcore scenes for companies such as Bluebird, Harmony Films & Joybear Pictures. It is of no surprise that when it’s time for awards, Tanya is recognized.

“Because this was fan voted, I have to thank them first and foremost,” said Tanya. “I would also like to thank Television X and the SHAFTA Awards. I’m very appreciative and excited about the upcoming year.”

More information on the SHAFTA awards and the rest of the event’s winners can be found on the official website; http://www.televisionx.com/2010/03/SHAFTA-winners-announced


Tanya was unable to take accept her award in person as she is currently in the United States. While in the U.S., Tanya can be booked exclusively through L.A. Direct Models (http://ladirectmodels.com). Now through the end of April, Tate is available for video and photo shoots in America. Production companies are lining up to book the stunning sex pot. Already Tanya has filmed for quality companies like Naughty America, Reality Kings and Girlfriends Films. With only limited dates available Tate’s calendar is filling up. Now a proven award winning star, expect demand for the Tate to skyrocket even faster.