ANGELA ASPEN Ends The Year With An Interracial Bang! 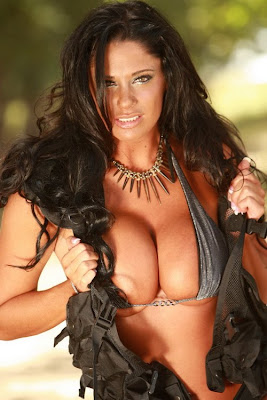 ANGELA ASPEN Ends The Year With An Interracial Bang!
The Glamazon takes on Lex Steele for the first time on film!
For Immediate Release December 31st, 2009

(Hollywood, CA) As 2009 comes to an end, for fast rising adult star Angela Aspen (http://www.myspace.com/diaryofangelaaspen) it’s been an exciting year. Launching her adult entertainment career, the daughter of a preacher has steadily been making a name for herself. The nearly six feet tall Colorado native is heading into 2010 with the specific goal of taking her already electrifying erotic performances to the next level. One major move for the brunette beauty is the addition of another availability; Angela Aspen is now working Interracial. Aspen already filmed her first scene earlier this week. Her partner of choice is none other than multi-award winning performer/director Lexington Steele.

“If I was going to do this, I wanted my first time to be with one of the best,” said Angela. “And who better than Lex? We had a great scene; there was a lot of chemistry and energy there. It was a lot of fun and I plan to work with Lex a lot more in the future. Since I first laid eyes on him at Erotica L.A., I wanted him bad. My animalistic amazon body against his NBA throbbing hardbody.”

The scene was for West Coast Productions and is set to be released sometime in March. The title of the DVD and a more specific release date will be forthcoming.

Angela is also featured in a new DVD release! Now available from adult retailers is My Dirty Angels #18 from Overboard Video. My Dirty Angels #18 showcases Aspen in another of her incredible sex scenes. Fans of the brunette beauty are sure to enjoy this latest sex vid.

Angela Aspen is heading into the new year at full throttle. 2010 to be an exciting year for Angela and her fans!