EVEN WHILE IN FINLAND, NIKKI BENZ SHINES IN AUSTRALIA 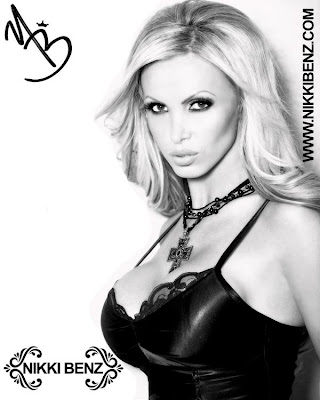 EVEN WHILE IN FINLAND, NIKKI BENZ SHINES IN AUSTRALIA

( FINLAND ) - Thanks to the brand new issues of The Picture Magazine, adult superstar Nikki Benz is heating up Australia even though she is halfway around the globe. Nikki graces the cover of the current issue and is featured in a five-page layout titled “Toss the Boss.”

“I haven’t seen the layout yet,” Nikki states. “But the cover shot is great. It is always fun to see where these photo shoots end up and to hear fans’ reactions when they hit the stands.”

While Nikki’s photos delight fans down under, she is warming hearts at the Sexhibition in Finland Expo taking place in Helsinki this weekend. She is signing autographs and performing live on stage for the audience.

“I am really enjoying my first trip to Finland,” says Nikki. “I’ve been trying to stay warm, but it is beautiful here and people are really friendly. That goes a long way when you’re far from home.”

About Nikki Benz
Arguably the most famous Canadian adult film star ever, Nikki Benz has parlayed her good looks, stunning curves, natural talent, work ethic and keen business sense into a highly successful career. She has starred in over 100 adult films, graced the pages of virtually every men’s magazine on the planet and has achieved crossover success with mainstream projects, including a recurring character on FOXSports.com’s hit web sires “Cubed.” Nikki is currently hard at work producing exclusive content for her re-launched web site http://www.nikkibenz.com/. She also tours the world entertaining her legions of fans with dance engagements and celebrity appearances.