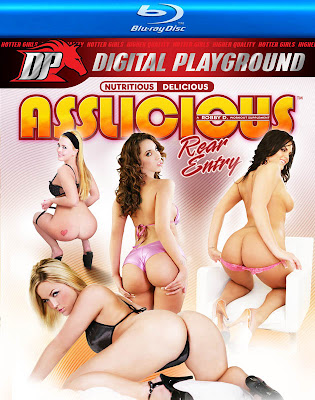 Peggy Mac, Digital Playground’s VP of Sales says, “We’re all really confident that ‘Asslicious’ is going to be a huge success. Retailers are continually reordering ‘Titlicious’ because they can’t keep it in stock. Everyone comments on the level of quality Digital Playground has brought to gonzo.”

“Asslicious” on DVD and Blu-ray includes a photo gallery and trailers to hit Digital Playground films. The DVD version also includes a slide show. “Asslicious” is presented in 16:9 widescreen format with 5.1 digital surround sound and no regional coding.


About Blu-ray™:
Blu-ray, also known as Blu-ray Disc (BD), is the name of a next-generation optical disc format developed by the Blu-ray Disc Association, and is supported by more than 170 of the world’s leading consumer electronics, personal computer and media manufacturers, video game and music companies, and major movie studios. The format was developed to enable recording, rewriting and playback of high-definition video, as well as storing large amounts of data. For more information, visit www.blu-ray.com