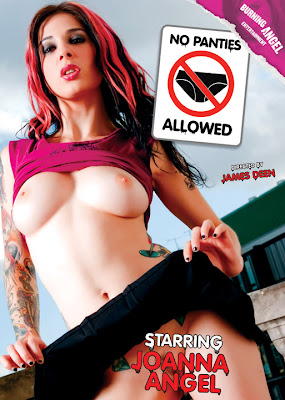 Raven-tressed Baltimore beauty DRAVEN STAR shines in the next sequence, sucking and screwing her man until he bathes her lithe frame in ropes of spooge. The camerawork is tight and intimate here, and benefits from lighting that leaves no detail left to chance.

Glamorous alt-porn princess ANDY SAN DIMAS stars in the follow-up, a lengthy exercise that punctuates the sex with some amusing humor before concluding with a formidable facial.

Exotic COCO VELVETT steps up to the meat microphone next, throwing down with BRIAN STREET TEAM in a spirited couch trip that finds her riding him cowgirl-style until he begins to flood her cooze with torrents of goo. He pulls out just in time to anoint her with the best facial in the movie.

With her mocha-colored flesh, intricate tattoos, Scottish accent and shocking pink hair, SKIN is a memorable addition to the Burning Angel family, and she proves to be no disappointment between the sheets in what’s quickly revealed to be her first on-camera boy/girl scene. She may be a newcomer, but she screws like a pro, treating James to some vigorous, multi-positional sex that concludes with a thick facial that drips from her chin to her gently swaying titties.

So tear off those boxers and get ready for NO PANTIES ALLOWED…a bawdy blend of beautiful women and wacky humor, all served up with a double-dose of lust and coming to stores November 17th.