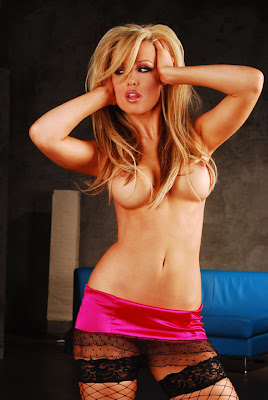 Adam & Eve contract star Kayden Kross has made it to the finals for the
³Girls of Spike 2009: The Search for the Ultimate Spike Girl² contest, and
the winner will be announced tonight at 11 p.m. on Spike TV!

Hosted by Stacy Keibler, the ³Ultimate Spike Girl Finale² has narrowed the
competition from 47 to 8, with adult actress Kayden vying for the coveted
title against a number of beautiful women.

Since August, fans have been encouraged to visit Spike¹s site and vote for
their favorite contestant. Included in the contest were several Playboy
models, both an NBA and NFL cheerleader, a personal trainer and an
award-winning belcher.