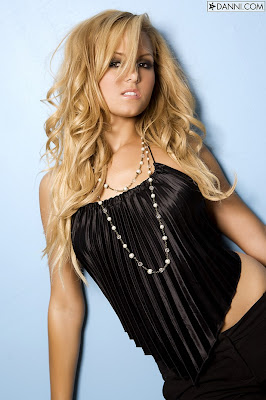 (Hollywood, CA) Is glamorous adult entertainment starlet Angelina Armani (http://www.myspace.com/angelinaarmani) going to reveal all her sexy secrets today on the Jason Ellis (http://www.radiofaction.com/) radio show? She just might! The 5’10 American born Russian has made an incredible impact on the adult industry since entering the business almost a year ago. From Berlin to Los Angeles the New York native has made signing appearances, from trophy girl at the AVN Awards to presenter at the FAME Awards Armani has rocked the stage, and from High Society magazine to Club International Angelina has heated up newsstands! Everyone wants to get to know the reigning “It” girl of adult entertainment, including noted X-Gamer and MMA Fighter Jason Ellis! The world famous professional skateboarder is loved by many for his outlandish humor and laid back style presented on his hit radio show. Jason’s show has become phenomena and today Armani stops by.

“I can’t wait to meet Jason!” said Angelina. “I’m really excited and have a lot to talk about. I have been a busy girl want to get a lot off my chest, so to speak.”

The show is broadcast live from Noon - 4pm (PST) on Sirius 28/XM 52 and more information can be found on the show’s website http://www.radiofaction.com or http://www.xmradio.com/onxm/channelguide.xmc?ch=52

In other Angelina Armani news, the golden haired beauty recently had a weekend of red carpets. First, She stole the show at the premiere after party for mainstream movie Raven. Armani can be seen making her appearance online via Youtube as MaximoTV.com caught the superstarlet amid a sea of press photo flashes.

2009 F.AM.E. Awards was also hit with Armani’s intoxicating presence. Not only was Angelina a presenter at the event but she was on hand to interview all the major stars that attended. Armani then took the red carpet herself, mush to the delight of the packed wall of press photogs.

A busy girl, Angelina can be seen on Xfanz.com reporting from the Xbiz Summer Forum ’09 in Las Vegas as well. Armani is chats up stars like Alexis Texas by the pool, bikini clad girls of L.A. Direct Models and much more. The videos can be seen here:

June 23rd marks the latest movie to feature Angelina hitting adult DVD retailers. Available from Digital Playground is You & Us which showcases Armani in an intense sex scene that has to be seen to be believed! Directed by Celeste, Armani delivers yet another breathtaking performance in this tale of "tale of lost love, broken hearts, and illicit affairs." The trailer for You & Us is available for viewing on the Digital Playground website. www.digitalplayground.com/mov/youandus.html

Angelina Armani is on the move! Premiere after parties, red carpets, DVDs and radio! It’s a wild ride for the Triple X Supermodel join her on the Jason Ellis radio show to hear what she has planned next!

All Photos courtesy of Danni.com