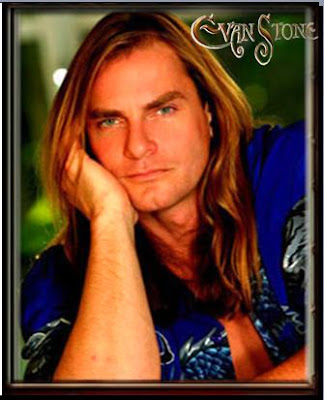 The Public Has Spoken - Evan Stone Wins Favorite Male Star For the 2nd Year In A Row at 2009 F.A.M.E. Awards, Just Before He Announces His Feature Dancing Tour

(Los Angeles, CA) Actor. Performer, Writer, Musician, Wrestler. Ranch Hand... EMT? There's no doubt about it, Evan Stone can, and probably has, done it all! With his chiseled good looks and gripping wit Evan Stone took the Entertainment Industry by storm. And, for the second year in a row, the public voted for Evan as Favorite Male Star at the 2009 Fans of Adult Media Entertainment (F.A.M.E.) Awards, which were held during the Erotica LA convention. From the moment he first stepped through the doors at Erotica LA, until well after he accepted his Award, fans followed Evan and crowded all around him trying to get a photo or autograph from their favorite celebrity. Never one to pass up a chance to reach out and give back to his fans, Evan took a quick break from his official duties at the expo to stop by the A.I. Studios exhibit and play a few songs on guitar for his swooning audience.

"My fans are the absolute BEST in the WORLD! They really are SO supportive and giving," described an appreciative Evan, after hamming it up on the red carpet with other winners who received their trophies at the F.A.M.E. Award Show. "No matter what I'm doing I make sure to have fun doing it. I think that's what really connects me to the audience - they know that if I'm involved in something it's going to be a good time! And that's what people are really craving, especially right now, a way to take a break and just have a good time!"

Ever since Evan Stone was crowned Best New Stud in 1999 by the X-Rated Critics Organization (XRCO) he has starred in over 720 movies in both mainstream and adult. And now, after securing his reign as a top entertainer by winning 15+ major awards throughout his diverse acting career, Evan is going back to the beginning to bring his fans a special treat - The Evan Stone Ladies Night Tour.

"I started out in the entertainment industry as a dancer. I can't wait to get up on stage with my buddies at different clubs around the country that feature Ladies Night male reviews. It's been something I've been working on for a while now, and after getting so much fan-mail asking about my shows now seems like the perfect time to make it happen," said Evan.

Evan Stone's all-male review tour will kick off in July at Crazy Girls, and will be sure to bring many heartthrobs up close and personal with hungry fans who may have never had an opportunity to see their favorite "studs" in person before. And that's not all Evan has in store for us - for the past year Evan has been hard at work creating a multi-million dollar 9-room Cam House, soon to be packed with fresh new faces (and a few of his personal favorites). With Evan's 24-hour live Cam-House site launching AND a Ladies NightTour kicking in, you may be wondering - does he even have time now to act in new movies? And of course the ever youthful & energetic superstar will always find a way to make the time. Whether on the road or in the studio Evan Stone is an industry icon who's talent and innovation constantly surprises and proves to us all that he's not just another "pretty face"! Be sure to look for news and tour updates on his website at www.EvanStone.com. Interviews, live shot opportunities & bookings available. Contact A.I. Studios for more information, photos & videos.