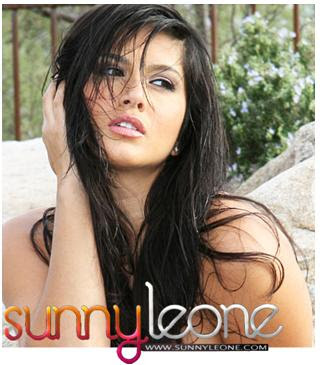 (Las Vegas, NV) The 4th of July is a time to gather with friends and family and celebrate the birthday of America. And there's no better way to celebrate than with a rockin' party hosted by the beautiful starlet Sunny Leone. Las Vegas is home to the biggest and best parties in the world. Sometimes it can be hard to pick which one to go to. But this year it's much easier to decide - look for where Sunny Leone is scheduled to appear, that's where THE party will be!

Ever since Sunny started her own production company, SunLust Pictures, the words "rest" and "break" have been removed from her vocabulary. And this week is no exception, with Sunny and her team hard at work in the record studio after a stop on her tour in New Orleans. Then she jets off to Vegas on Friday July 3rd to help kick off the holiday weekend at the Boulder Station Hotel & Casino with the Sin City Sinners taking the stage at the Railhead. Saturday, July 4th starts bright and early at 11am with Sunny Leone making a special appearance at the Wet Republic ultra pool at MGM Grand Hotel & Casino. She will join the daytime pool party with two other All-American Superstars - MC Hammer & Vanilla Ice, who will perform live, and surely will transform the Fourth of July pool party scene. But the highlight of the holiday weekend is sure to be the super sexy nighttime party on the Fourth of July at Studio 54, where Sunny Leone will be the Celebrity Hostess, and join her friends from Vivid Video.

"The 4th of July has always been one of my most favorite holidays, ever since I was a little girl. But when I became an American citizen in June 2006 the holiday took on a whole new meaning to me," revealed Sunny. "I am proud to be an American citizen, and I think celebrating the birthday of our country is a great way to honor our past while looking forward to our future. That's why I'm really excited about this year's 4th of July - I get to spend it with my fans and friends!"

Sunny Leone will be giving away over $1,000 worth of free souvenir custom hats, backpacks, pictures, etc... at the events to her fans. And, for special members who regularly visit her website www.SunnyLeone.com, she will give away free autographed DVDs of her best selling movie Dark Side of the Sun. And, don't forget, Sunny Leone and her SunLust Pictures production crew are always scouting for new talent. So, if you think you've got what it takes to star in her next big movie, Sunny's Slumber Party, scheduled to start filming next week, come out and party with the VIPs. Interviews, live shot opportunities & bookings available. Contact A.I. Studios for more information, photos & videos.