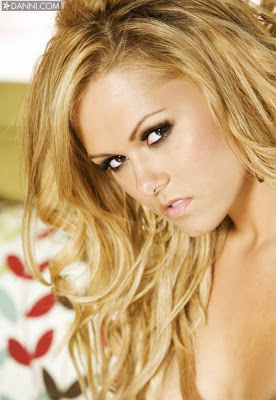 Triple X Supermodel Angelina Armani receives Nightmoves Adult Entertainment Award nomination for Best New Starlet!
For Immediate Release: July 6th, 2009
(Hollywood, CA) Recently Angelina Armani (http://www.myspace.com/angelinaarmani) celebrated the first anniversary of launching her adult entertainment career. It’s been a year marked with twists and turns that ultimately led to her becoming one of the stand out new stars of porn. From scorching hot XXX movies Angelina Armani: The Big Hit and You & Us (Digital Playground) and that excited and enticed both critics and fans alike to taking her first steps into mainstream entertainment with appearances in HBO’s Designated Driver and the forthcoming Columbia Pictures film Born To Be A Star, Angelina has definitely made an impact. Armani has also made her presence felt beyond performing. From dedicating some of her time during Erotica L.A. to appear at the Free Speech Coalition’s booth to weekly movie reviews on Genesis Magazine’s GenesisOnline.com; from hosting for Xfanz.com ‘s video coverage of the Xbiz Summer Forum to walking the red carpet at mainstream events, Angelina has established herself as a vibrant and intoxicating personality.
The exciting year long journey has culminated with the golden haired beauty attaining a Nightmoves Adult Entertainment Award Best New Starlet (http://www.nmaea.com/) nomination! The Nightmoves Awards has a legacy for discovering stars and awarding talent their first awards, this instance may be no different.
“How exciting! I want to thank Paul and Tracy Allen for recognizing my work in this industry,” said Armani. “Alongside with performing energetic and exciting sex scenes, I consistently strive to portray the adult entertainment in a positive manner. To receive a Nightmoves Award nomination is an amazing feeling, one that I am appreciative of.”
Angelina may win by editor’s choice or by fan’s vote. Fans can vote online at NightMovesAwards.com beginning July 10th, 2009. The winner will be announced at the 17th annual Nightmoves Awards this October. More information and tickets for the awards can be found on the shows’ website
Armani will be talking about her Best New Starlet nomination as well as her impressive adult entertainment career this Thursday on Playboy Radio’s Night Calls. The wildly popular Night Calls show is hosted by Christy Canyon and Nicki Hunter and the July 9th show is looking to be one of the most talked about shows with the return of Angelina Armani to the Playboy Radio.

“The last time I was on Playboy Radio I was under contact. Obviously a lot has changed since then, now I’m a free agent and I have a lot of exciting things to talk about!” said Angelina. Playboy Radio’s Night Calls can be heard on SIRIUS 99 and XM 99 from 4 - 7pm (PST) and listeners can call into talk to Armani by dialing (877) 205-9796.
Year two starts off with a bang for Nightmoves Adult Entertainment Award’s Best New Starlet nominee Angelina Armani!
All Photos courtesy of Danni.com
For more Angelina Armani, please visit Myspace.com/AngelinaArmani and Twitter.com/xxxSupermodel