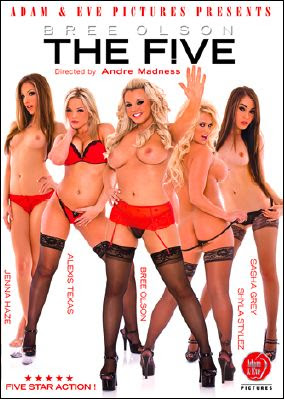 Adam & Eve Pictures (http://www.adamandeve.com) is pleased to announce the
release of ³Bree Olson: The Five² today!

³It¹s rare that you have the opportunity to get so many huge names together
for one project,² says Meredith Christopher, Executive Producer for Adam &
Eve Pictures. ³I¹m very proud of the effort that went into making this filmŠ
and I think the viewer will be as well!²

Five super-hot stars. Five scorching scenes. Five star action all the way.
³Bree Olson: The Five² is not to be missed!