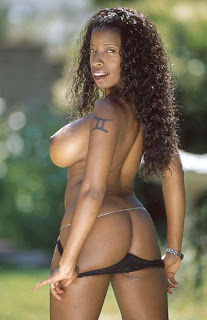 LOS ANGELES — A legal battle between two major adult stars over content streamed on the Internet has found its way to federal court, XBIZ has learned.

Both parties — Lexington Steele and Vanessa Blue — have filed federal lawsuits in recent months against each other over the ownership of numerous videos that first appeared under the Mercenary Pictures banner, where Steele acts as the company’s president and also is a performer.

Steele, whose real name is Clifton Britt Jr., claims that Blue was a salaried performer and, at time of employment, “never objected or asserted rights to the copyrighted registrations solely owned by Mercenary Pictures.” Blue also goes by the name of Domina X.

Steele alleges that Blue, along with her production company VBX, provided scenes from the videos he owns on VanessaBlue.com and earned membership fees over the video-on-demand clips.

His suit seeks compensatory, as well as punitive damages, along with injunctive relief.

Blue’s separate complaint alleges copyright infringement and breach of an implied contract, among other charges, against Steele, Mercenary and Canada-based HVL Cyberweb Solutions Inc., which allegedly entered into a web distribution deal with Mercenary through its Braincash division.

Blue, in the complaint, said that it was Steele who fraudulently filed for certificates of registration over the titles and that Steele’s company agreed to pay her 75 percent of the gross revenue generated from LexSteele.com.

That promise, Blue contends, was made if she relocated her residence from Las Vegas to Los Angeles, which she eventually did.

So far, Blue claims, Steele and his company made at least one payment but breached its contract starting in June 2006.

Blue, in her suit, asks for compensatory damages and enhanced damages over the alleged copyright infringement.

Both cases are wending their way through U.S. District Court in Los Angeles, with Blue’s case against Steele slated next year for jury trial on May 12.

Attorney Michael Fattorosi, who represents Blue, told XBIZ he could not comment on a case that is currently in the midst of litigation.

Attorney Robert Esensten, who represents Steele, did not respond for comment.